Be Strong in the Lord by Toni Star

Be strong in the Lord! I often see these words as on the picture below and every time I feel
encouraged to do just that; however, like many, I feel weak. Weakness, for me and for many, often comes when I am tired, stretched out and overdoing. Those times I feel weak. But, that is the time when I need to "be strong in the Lord."

Do you often feel this way, too? If you do, don't be discouraged. Run to the Lord, your Father, and He will give you rest and peace. He loves us so much that He will provide the rest, the comfort we need. Why does He do this? He does this because of His great love for you and me.

We just need to remember and be aware that our Heavenly Father is "always" there for us! So, keep the below picture in mind and know that you "can" make it and you will "overcome" any situation. Why? Because of our Father's great love for you and me. Be strong in the Lord! 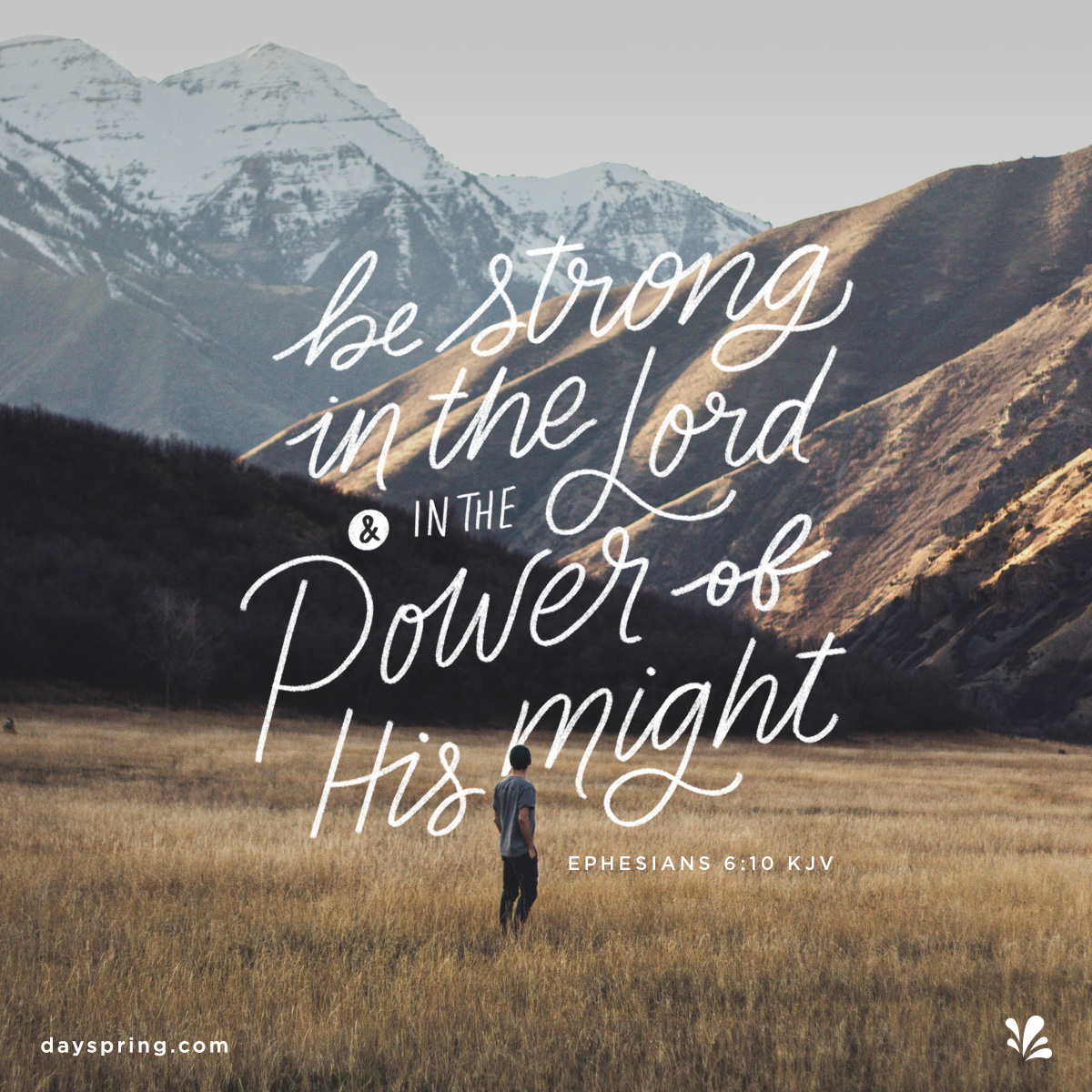 The following are a few paragraphs that come from "Peace with God" by Billy Graham. This book was first published in 1953 and then years later republished. There are several paragraphs that are so memorable and helpful, that I decided to write them here on one of my blogs.

Here are the paragraphs:

Like many, my soul often feels like a turbulent sea--swaying back and forth; the swaying causing me distress and lack of peace. But, after reading Billy's words, my soul feels a lot calmer and I am viewing life and its difficulties and stressful times differently.

Everyone longs for peace but in this world, it is difficult to find and hold on to peace. So, I encourage you to read Billy Graham's book. For in it, you will find the peace you are seeking.

Real peace can only be found with Christ and His Father, God. Look to them and you will find the peace you are longing for.

Christmas at Peg’s Diner during the mid-1950s was nothing more than spiritual, magical, and wondrous, seen through the eyes of me—a young girl of 10. I remember coming into Peg’s on a cold December night after helping my grandma with her beauty business. She was what they called then, a beauty operator. She washed, set, permed, and colored hair. In our small Ohio town, she was one of the best hairdressers, and her salon was always busy.

After a busy day of helping Grandma wash, set, dry, and perm hair, we trekked down to Peg’s Diner. It was only a block away, and as we walked inside, there would be a row of truckers sitting at the front table, talking, laughing, and enjoying the delicious but fattening food the waitresses put before them.

As we walked into the diner,  we enjoyed the aroma of her hamburgers, fries, and pies. Peg made all kinds of pies; apple, cherry, and of course, pumpkin for Christmas. We chose a booth, where a small jukebox playing many songs from the 50s, songs like “Love Me Tender” by Elvis Presley or songs from Johnny Mathis and Brenda Lee. As we enjoyed our hamburgers, fries, milkshakes, and pie, we also felt and heard the rustle and noise of trains.

Peg’s diner was about 20 feet from the railroad tracks and as the trains moved through, we not only heard the whistle of trains, but also felt the slight shaking of the building. It didn’t frighten us; instead, it added to the happy atmosphere. Later, after the meal, grandma and I would go back to the kitchen area and talk to Peg. Peg stood about five feet four inches, was always jovial, and always happy to see us.

Peg and grandma are gone now but not the memories. Those memories of trains, truckers, laughter, and waitresses hurrying around; those are memories that play in mind now and then. Like songs from the past, the scenes of the diner, grandma, truckers, trains and jukebox; they are there waiting for me anytime I wish to return to yesteryear.

So, when you hear a song from the 50s, enjoy a hamburger and fries or hear the whistle of a train, you’ll know that somewhere out there, memories of Peg’s diner and the diners of long ago, are there; spirits of a time long gone but not forgotten. 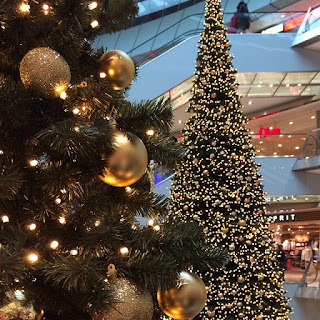 Bound to Jesus by Lisa Stilwell on August 28, 2019 an excerpt from 100 Days of Faith Over Fear released by DaySpring publishing

The following words are not mine by come from Lisa Stilwell. It is a wonderful article that I wanted to share with you. Take time to read it and digest it; for its words are "life changing." Toni Star August 28, 2019 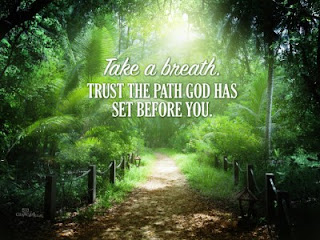 Faith is being literally bound to Jesus. Have you seen a branch that has been grafted to a tree? A branch from one tree is wrapped and bound to another, and over time, the brand and tree begin to grow together. The branch grows so entwined with the tree that it no longer needs to be wrapped – they literally become one. That’s what happens when we place our faith in Christ. There is a spiritual closeness like no other – we become part of His royal priesthood. We are complete. We are forgiven. We are able to walk in His power and experience freedom like never before. Fear no longer has a home when we are one with Jesus. Our residence is bound and fixed where no enemy can be.
I am the true vine, and My Father is the gardener… Just as a branch is unable to produce fruit by itself unless it remains on the vine, neither can you unless you remain in Me. I am the vine; you are the branches. The one who remains in Me and I in him produces much fruit, because you can do nothing without Me. (John 15:1, 4-5)
[Jesus] is the Spirit of truth. The world is unable to receive Him because it doesn’t see Him or know Him. But you do know Him, because He remains with you and will be in you. (John 14:17)
You, however, are not in the flesh, but in the Spirit, if indeed the Spirit of God lives in you. (Romans 8:9)
Anyone joined to the Lord is one spirit with Him. (I Corinthians 6:17)
Lord, having lived with You, I couldn’t imagine life without You. You are closer than a friend – You are my very source of life. Thank You for Your promise to never leave.
-------------------
This is an excerpt from 100 Days of Faith Over Fear by Lisa Stilwell - a brand new devotional book released by DaySpring publishing.  Learn more about this book, or shop other books from DaySpring.

STAND UP TO YOUR FEARS: RICK WARREN AND PROLOGUE FROM TONI STAR

Words from Ralph Waldo Emerson and me


The below words on a New Day come from Ralph Waldo Emerson. Each morning, as you wake up, you make a choice of what kind of day you will have. You may not do this consciously but you do make a choice. When you think about the word "choice" it should bring to mind that you, and only you, have the opportunity to make each new day happy and productive or  sad and empty.

To make each day positive and good, begin it by saying, "Dear Lord, thank you for this day. Help me to make it the best day of the year! I may not be feeling the best today but with your help, I will do my upmost for you and I thank you for everything you do for me."

Read the below words from Ralph Waldo Emerson, keep them in your heart each morning and enjoy the day! And remember, God is always with you--at the beginning of each day and at the end of each day!

Write it on your heart that every day is the best day in the year.

He is rich who owns the day, and no one owns the day who allows it to be invaded with fret and anxiety.

Finish every day and be done with it, you have done what you could. Some blunders and absurdities, no doubt, crept in.

Forget them as soon as you can, tomorrow is a new day; begin it well and serenely, with too high a spirit to be encumbered with you old non sense. This new day is too dear, with is hopes and invitations, to waste a moment on the yesterdays. Amen. 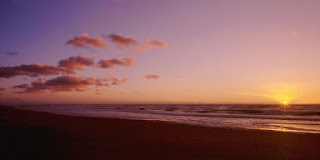